You’ve heard the words ‘Internet of Things’ but aren’t really sure about what it is.  Internet of things or ‘IoT’ is the connection of physical devices and other items embedded with electronics, software, sensors, actuators, and network connectivity,  to the internet. This list goes far beyond smart phones, tablets or computers and can include anything from kitchen appliances to automobiles or even heart-monitors!

IoT connects everything from traditional devices like desktop and laptop computers, smartphones and tablets to a diverse range of devices and everyday things that utilize embedded technology to communicate and interact with the external environment, all via the Internet.

For Example, Businesses can leverage ‘IoT’ applications to automate safety tasks (for example, notify authorities when a fire extinguisher in the building is blocked) to performing real-world A/B testing using networked cameras and sensors to detect how customers engage with products. 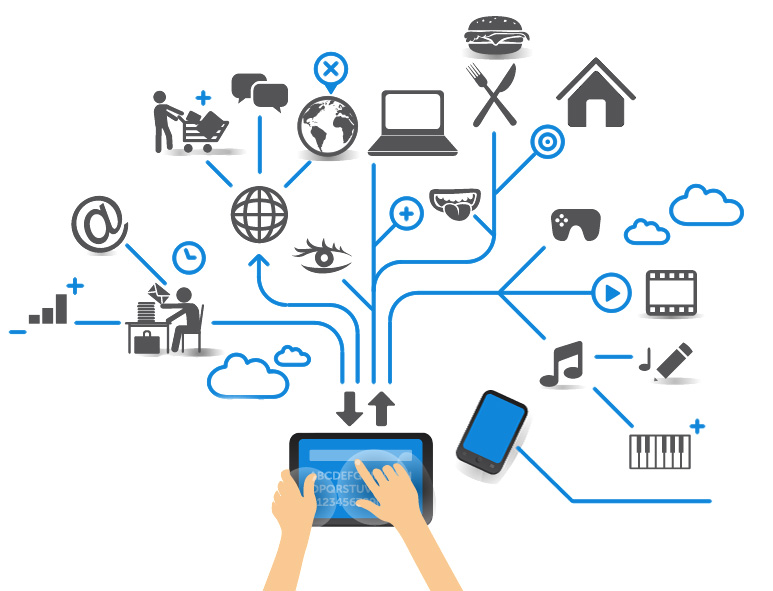 Applications of Internet of Things

It is the most widespread application of ‘IoT’. The total amount of funding for Smart Home startups currently exceeds $2.5bn. This list includes prominent startup names such as Nest or AlertMe as well as a number of multinational corporations like Philips, Haier, Belkin, Amazon and Google.

Wearables have found a way in to every home and every heart. Smart watches, fitness trackers make wearables a hot topic among tech and fitness lovers alike. From Apple’s Smart Watch to Sony Smart B Trainer, every wearable gives a great experience of Internet of Things. Of all the ‘IoT’ startups, wearables maker Jawbone is probably the one with the biggest funding to date. It stands at more than half a billion dollars!

If you think Internet of things is limited to just Home you are wrong! From Traffic Light Management to waste management, From Water Distribution to Urban Security are all happening using ‘IoT’! And that’s what makes it 3rd best application of Internet of Things. Water utility companies are utilizing connected appliances and controls to track water levels, pressure, volume, flow and other metrics without needing to physically be present at tank and storage sites. Electric utility companies are now able to read subscribers’ meters without needing to physically visit each home. Imagine the effort and money saved by this application!

Below, we’ve provided a glossary defining the Internet of Things:

The future of Internet of Things

In 2013 the Global Standards Initiative on Internet of Things (‘IoT’-GSI) defined the ‘IoT’ as “the infrastructure of the information society.”

‘IoT’ has evolved from the convergence of wireless technologies, micro-electromechanical systems (MEMS) and micro services and the internet. ‘IoT’ is expected to offer advanced connectivity of devices, systems, and services that goes beyond machine-to-machine (M2M) communications and covers a variety of protocols, domains, and applications